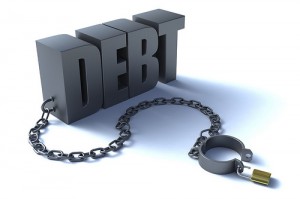 The personal-finance website WalletHub today released its report on 2020âs Cities with the Least-Sustainable Credit Card Debt in addition to its latest Credit Card Debt Study. The debt picture is worrisome nationwide, as WalletHub found that consumers racked up $21.5 billion in credit card debt from June through September, sending outstanding debt to an all-time record level for the third quarter of a year.

But some cities are in a worse position than others. WalletHubâs researchers drew upon data from TransUnion, the Federal Reserve, the U.S. Census Bureau and WalletHubâs proprietary credit card payoff calculator to determine the cost and time required to repay the median credit card balance in more than 2,500 U.S. cities. Below, you can find a handful of highlights from these reports.

What do the latest credit card debt statistics tell us about the health of U.S. consumers?
âThe $21.5 billion in credit card debt that U.S. consumers added to their tab during the third quarter pushed outstanding balances to a record high for this time of year, at $1.023 trillion. We are in a very unhealthy, precarious position when respect to revolving debt at the household level. The third quarterâs results also make the final few months of the year even scarier, given that this is when people tend to rack up the most debt.â

the interest on credit card debt compounds daily, and a pretty high rate. So the longer you wait to pay it off, the more expensive it becomes...

How will credit card debt levels look after Q4 data comes in?
âWalletHub is projecting a $80 billion net increase in credit card debt for 2019. That would push the average householdâs balance to $9,451 and bring our collective credit card debt to roughly $1.1 trillion. For context, $1.1 trillion is roughly three times as much as the federal government will spend on net interest payments toward the national debt this year.â

What advice do you have for people trying to get out from under credit card debt?
âPeople trying to get out from under credit card debt should start by making a plan to pay off as much as they can afford each month in order to get debt-free as quickly as possible. Simply having a plan will make the task more digestible. Plus, the interest on credit card debt compounds daily, and typically accrues at a pretty high rate compared to finance charges on other types of debt. So the longer you wait to pay it off, the more expensive it becomes. People also shouldnât forget about the income side of the equation when approaching debt problems. Taking steps to control costs â like brewing your own coffee, bringing lunch to work, etc. â are helpful, to be sure. But it might be more efficient for some people to supplement their income instead, for example.â