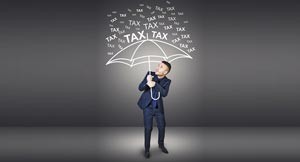 Itâs tax season, and Uncle Sam is back to collect whatâs due. But some Americans are hit harder by taxes than others. The Institute on Taxation & Economic Policy, or ITEP, found in its latest report that many taxes â including property taxes, sales taxes, and some state and local taxes â are regressive. That means they take more money out of the pockets of Americans in the lower- and middle-income brackets than from wealthier families.

After accounting for all taxes, in fact, âThe nationwide average effective state and local tax rate is 11.4 percent for the lowest-income 20 percent of individuals and families, 9.9 percent for the middle 20 percent, and 7.4 percent for the top 1 percent,â according to the ITEP. Such findings have brought the question of fairness to the forefront of the current tax season.

With less than a month until the tax deadline for most Americans, WalletHub identified the best states where people in different income brackets spend the most and least on sales and excise taxes, property taxes and income taxes. Itâs important to note that our analysis does not focus on tax rates but rather on the share of a personâs income that he or she contributes toward various tax obligations. For instance, tax rates may be lower in one state, but because of a comparatively higher cost of living, the actual tax burden may be higher for that stateâs residents. Read on for our findings, along with expert commentary and a detailed description of our methodology.

For the full report and to see where your state ranks, please visit here.