The Finance Of Relief

Is the $2 Trillion Stimulus Package Sustainable?

An Economist Offers Answers and Believes a Limit Should be Set

Dr. Tenpao Lee, economist and economics professor at Niagara University (quoted recently by CBS News, MSN Money and other publications), says there should be a limit on the amount of debt the U.S. should carry, and therefore, a limit on the public debt to GDP ratio. 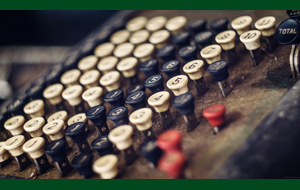 To fight the unprecedented recession caused by Coronavirus, the government offered a $2 trillion stimulus package aimed at easing the contraction of the economy.Â The package amounts to about 10% of GDP, the largest one ever though probably not enough to save this ongoing recession, as 90% of the population has been ordered to stay home and nobody knows when we will re-open the economy and go back to work normally.

So, a question has been raised for the uncertain future: Are we able to offer more stimulus packages in the future and what is the limit to the country’s public debt?

Each country has its unique capacity to borrow money. There must be a limit for each country before disastrous and uncontrollable consequences occur.

The U.S. has many advantages over other countries. We are the most stable and strong country with the largest market in the world. The USD is the only true global currency, and we have earned the trust and authority to provide credit for the global economy. More than 50% of USDs are circulated in other countries.

The USD is the only true global currency, and we have earned the trust and authority to provide credit for the global economy...

However, to maintain the status quo for the future, we have to be careful not to abuse the system. We need to find an optimal point so that we can fight for this recession and not ruin our economic system in the long term.

Several scenarios could be offered for policy makers to consider. The most realistic one is to set the limit of public debt to GDP ratio to 150%, meaning the government would not be able to borrow more than $32 trillion. Since we already owe $22 trillion, we have only $10 trillion left to borrow, including the current $2 trillion.

Is the 150% limit debatable? The only way to find out is through real experiments, done gradually.