2 In 5 Americans Admit To Financial Infidelity Against Their Partner

Men more likely than women to confess to deception 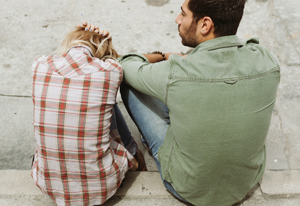 DENVERâA poll from the National Endowment for Financial EducationÂ® (NEFEÂ®) analyzing financial infidelity among U.S. adults finds that among those who report having ever combined finances in a relationship, two in five (43 percent) confess to having ever committed some act of financial deception, with 85 percent of those individuals stating the indiscretion affected the current/past relationship in some way.

âWhen you comingle finances in a relationship, youâre consenting to cooperation and transparency in your money management. Regardless of the severity of the act, financial infidelity can cause tremendous strain on couplesâit leads to arguments, a breakdown of trust, and in some cases, separation or even divorce,â says Billy Hensley, Ph.D., president and CEO of NEFE.

Financial infidelity is an act of deception by one partner in a relationship where finances are combined. Examples of infidelity include hiding purchases, money or accounts, lying about the amount of income earned, debt owed and more. The poll asked respondents about the incidence of financial deceptions in current/past relationships, as well as explanations forâand impacts ofâthose deceptions. NEFEâs poll analysis includes a breakdown of results by gender, race, employment status and other variables.

âNEFEâs polling provides a snapshot of issues that stand out in Americansâ consciousness when thinking about their finances. When two in five people admit to committing financial infidelity in a relationship where money is combined, it highlights the need for greater communication and a deeper understanding of who your partner is financially,â Hensley adds.

Among U.S. adults who have ever combined finances in a current/past relationship, 43 percent have ever committed at least one financial deception. Over one third (39 percent) admitted to hiding a purchase, bank account, statement, bill or cash from their partner/spouse, and about one in five (21 percent) admitted to lying about finances, amount of debt owed or amount of money earned to a partner/spouse.

The survey, which was conducted by The Harris Poll among 2,073 U.S. adults in June 2021 on behalf of NEFE, also finds that among those who ever combined finances with a partner:

âOur goal with this consumer poll is to understand whether or not financial infidelity occurs, why partners commit acts of financial deception, and the aftereffects,â says Jill Jones, Ph.D., NEFE managing director of research.

Among those who ever combined finances with a spouse or partner and committed a listed financial deception:

Regardless of the severity of the act, financial infidelity can cause tremendous strain on couplesâit leads to arguments, a breakdown of trust, and in some cases, separation or even divorce...

For more information on the latest financial infidelity poll and other NEFE polls, click here.

The National Endowment for Financial Education (NEFE) champions effective financial education. NEFE is the independent, centralizing voice providing leadership, research and collaboration to advance financial well-being. As one of the first organizations to embark on the mission of wholly dedicating its efforts on improving the effectiveness of financial education, NEFE continues its legacy of strengthening action-oriented research agendas, mobilizing intermediaries, and creating better solutions for researchers, educators, practitioners and policymakers. For more information, visit www.nefe.org.