2/3 of the U.S. Population Now Lives Paycheck to Paycheck 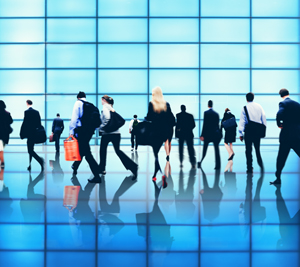 The Credit Edition examines the growing shares of U.S. consumers in all economic brackets living paycheck to paycheck, and the impact on their ability to access credit and other expense management tools.

Key takeaway: Living paycheck to paycheck has become the dominant way people manage their cashflow in the United States, with close to two-thirds of the U.S. population, 64% or about 166 million adults, doing so in March 2022.

“The number of people living paycheck to paycheck today is reminiscent of the early days of the pandemic and it has become the dominant lifestyle across income brackets,” said Anuj Nayar, Financial Health Officer at LendingClub. “As inflation we have not seen in a generation takes more of our paychecks for everyday needs, Americans across incomes and credit scores are increasingly relying on credit products just to get by. That is why the financial services industry must offer better tools to help bridge the gap.”

A Deeper Look at Credit Scores

Credit And Living Paycheck to Paycheck

The report continues to find that credit card ownership remains high, with 63% of respondents of all financial lifestyles saying they have made a credit card payment in the last 90 days.

Living paycheck to paycheck has become the dominant way people manage their cashflow in the United States, with close to two-thirds of the U.S. population, 64% or about 166 million adults, doing so in March 2022...

Struggling consumers also tend to nearly saturate the average credit card spending limit of $4,700, declaring an average balance of $3,800. Paycheck-to-paycheck consumers not struggling to pay their bills report an average spending of $3,100 and a limit of $6,500. Consumers not living paycheck to paycheck report an average spending of $2,100 and a $9,000 limit.Many paycheck-to-paycheck consumers remain creditworthy, maintain good credit scores, and are apt to tap into consumer loans, credit cards and other payment options such as personal loans to manage their cash flows.

Methodology
New Reality Check: The Paycheck-To-Paycheck Report is based on a census-balanced survey of 2,326 U.S. consumers conducted from March 9 to March 11. The Paycheck-To-Paycheck series expands on existing data published by state agencies such as the Federal Reserve System and the Bureau of Labor Statistics to provide a deep look into the elements that lie at the backbone of the American consumer’s financial wellness: income, savings, debt and spending choices. Our sample was balanced to match the U.S. adult population in a set of key demographic variables: 52% of respondents identified as females, 32% were college-educated and 36% declared incomes of over $100,000 per year.

About LendingClub
LendingClub Corporation (NYSE: LC) is the parent company of LendingClub Bank, National Association, Member FDIC. LendingClub Bank is the leading digital marketplace bank in the U.S., where members can access a broad range of financial products and services designed to help them pay less when borrowing and earn more when saving. Based on more than 150 billion cells of data and over $70 billion in loans, our artificial intelligence-driven credit decisioning and machine-learning models are used across the customer lifecycle to expand seamless access to credit for our members, while generating compelling risk-adjusted returns for our loan investors. Since 2007, more than 4 million members have joined the Club to help reach their financial goals. For more information about LendingClub, visit https://www.lendingclub.com.