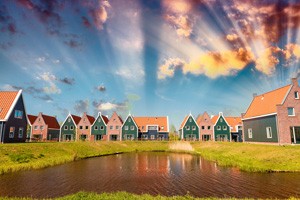 CHICAGO, IL, October 21, 2016 — /Marketwired/ — Approximately 17 million first-time homebuyers are projected to enter the housing market within the next five years, according to a new TransUnion study.

Nearly three million first-time homebuyers are expected to join the housing market in 2017.

Many of these buyers could potentially benefit from Fannie Mae’s recent adoption of consumer credit reports that incorporate trended data in its mortgage underwriting process.

“Our projection of millions of first-time homebuyers comes at a time when consumers may see increased benefits from the use of trended data in the underwriting of Fannie Mae loans,” said Steve Chaouki, executive vice president and head of TransUnion’s financial services business unit. “TransUnion’s CreditVision trended data offer lenders an expanded view of consumer behavior that can reveal important insights such as who pays their credit card balances in full each month. Through the use of trended data that allow lenders to view a consumer’s payment behavior over a period of time, we believe many consumers could qualify for better loan rates — possibly saving them tens of thousands of dollars.”

The increase in younger consumers purchasing their first homes comes at a time when first-time homebuyers are comprising a historically larger percentage of purchases than they have in past. At the start of the new millennium, first-time homebuyers comprised less than half of agency and government loan purchases; by 2015, this had grown to over 55%.

“First-time homebuyers are valuable prospects in the eyes of many mortgage lenders, as that time in a borrower’s life often corresponds to additional financial needs. It is evident from trended data that first-time homebuyers show distinct credit characteristics that distinguish them from non-buyers. They often have higher credit scores than non-buyers; yet even within the same credit risk band, they are often more credit active and exhibit more credit responsible behavior,” said Joe Mellman, vice president and mortgage line of business leader at TransUnion.

“First-time homebuyers also can positively impact the economy as a whole. While they themselves can build wealth through gains in equity, along with mortgage interest and real estate tax deductions, local communities benefit from economic activity as a result of construction, remodeling and home improvement activities.”

Inside the First-Time Homebuyer Projection

Local communities benefit from economic activity as a result of construction, remodeling and home improvement activities.

Looking over the next five years, TransUnion estimates there could be 13.8 to 17.1 million first-time homebuyers entering the housing market. These projections are based on U.S. consumers who do not currently have a mortgage, coupled with long-term estimates for growth in the mortgage purchase market and the percentage of first-time homebuyers in the agency and government purchase market.

This would add a significant number of consumers to the mortgage pool. For comparison, 6.2 million consumers opened a new mortgage in 2015, approximately three million of which were first-time homebuyers.

“It’s clear that there should be many new homebuyers in the market in the next few years,” said Chaouki. “Our hope is that, with the use of trended data, mortgage lenders can better serve these consumers. We anticipate the benefits of trended data will continue to expand to other lenders, as we believe this is the future of credit scoring.”

Trended Data “Trending” Up With Lenders

TransUnion launched CreditVision in January 2013 to enhance lending and marketing decisions by leveraging an expanded view of credit data on each consumer. Whereas a traditional credit report offers a static glimpse of a consumer at a snapshot in time, trended data assets leverage up to 30 months of historical information to provide a dynamic perspective. For example, while a traditional credit report may tell you a consumer has $5,000 in credit card debt, one using trended data will show you whether he has built up or paid down that balance over time.

Between September 2015 and September 2016, TransUnion has seen a 300% increase in CreditVision customers. “We’ve observed material increases in the number of mortgage resellers, credit card issuers, auto lenders and consumer finance lenders adopting CreditVision in their lending and marketing strategies, and we think this growth will only continue as more people realize the benefits of trended data,” added Chaouki.

For more information about the study or CreditVision trended data, please visit here.

About TransUnion (NYSE: TRU)
Information is a powerful thing. At TransUnion, we realize that. We are dedicated to finding innovative ways information can be used to help individuals make better and smarter decisions. We help uncover unique stories, trends and insights behind each data point, using historical information as well as alternative data sources. This allows a variety of markets and businesses to better manage risk and consumers to better manage their credit, personal information and identity. Today, TransUnion has a global presence in more than 30 countries and a leading presence in several international markets across North America, Africa, Latin America and Asia. Through the power of information, TransUnion is working to build stronger economies and families and safer communities worldwide.