Only 15 Percent of Surveyed U.S. Consumers Give Themselves an "A" in Financial Literacy 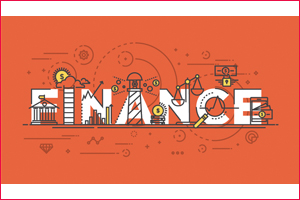 ATLANTA, April 14, 2017 /PRNewswire/ — Most surveyed consumers do not place themselves at the head of the class when it comes to financial literacy, according to a recent Equifax survey the company conducted to coincide with National Financial Literacy Month in April.

According to the findings, one-third of the respondents grade themselves a “C” when looking at their financial literacy knowledge.

The good news is that most consumers are taking steps to educate themselves when it comes to financial literacy. When asked to select the steps they’ve taken to improve their financial literacy within the last year, 45 percent of the surveyed consumers said they read news articles on financial websites, while 28 percent sought guidance from family and friends.

While parents were the most popular source of information, the second most common source was a personal finance course during high school or college. Ninety percent of survey respondents saw value in teaching personal finance, saying they thought it should be a required course to graduate high school.

The big picture of financial planning

“At Equifax Global Consumer Solutions, we know that financial literacy is a key part of the foundation to establishing responsible credit behavior,” said Dann Adams, president of Global Consumer Solutions at Equifax. “Without a basic understanding of credit and your own behaviors, it can become challenging to do some of the basic fundamentals such as save for retirement, establish an emergency savings account, or move beyond living paycheck to paycheck.

“One of the survey’s results we found encouraging is that many consumers understand the importance of paying bills on time, every time. When it comes to creating knowledge, and establishing the right kinds of credit behaviors, we can’t emphasize this point enough,” Adams added.

“As consumers age and financial needs change, the importance of staying educated about personal finance and credit is absolutely critical,” said Adams. “We will continue to learn from these surveys and infuse financial wellness and literacy into our consumer-facing efforts at Equifax.”

For the second annual Equifax Global Consumer Solutions Financial Literacy Survey, Equifax commissioned a blind survey of more than 1,000 American consumers in March 2017. The margin of error for this survey is plus or minus 5 percent.

Equifax is a global information solutions company that uses trusted unique data, innovative analytics, technology and industry expertise to power organizations and individuals around the world by transforming knowledge into insights that help make more informed business and personal decisions. The company organizes, assimilates and analyzes data on more than 820 million consumers and more than 91 million businesses worldwide, and its database includes employee data contributed from more than 7,100 employers.

Headquartered in Atlanta, Ga., Equifax operates or has investments in 24 countries in North America, Central and South America, Europe and the Asia Pacific region. It is a member of Standard & Poor’s (S&P) 500Â® Index, and its common stock is traded on the New York Stock Exchange (NYSE) under the symbol EFX. Equifax employs approximately 9,500 employees worldwide.