MIT Technology Review, now in its 19th year, looks at break-through innovations. The list is also featured in the debut episodes of the all-new Deep Tech podcast, the outlet’s first-ever podcast 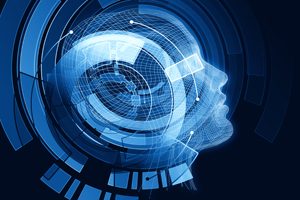 CAMBRIDGE, Mass., Feb. 26, 2020 /PRNewswire/ — Today, MIT Technology Review announced its 10 Breakthrough Technologies list for 2020, featuring 10 recent advances predicted to have a big impact on our lives. For 19 years, this closely watched list has been an early identifier of key technological developments ranging from CRISPR to deep learning to the now internationally popular cow-free burger. This year, alongside the release of the list, MIT Technology Review debuted a new podcast titled Deep Tech. The first episode, out today, is one of four that will conduct a deep-dive into some of the technologies featured on the 2020 list.

Gideon Lichfield, Editor-in-Chief of MIT Technology Review, said: “The 10 Breakthrough Technologies list is one of the most popular things we do, and I’m delighted that people will now be able to listen instead of just read about these forces shaping our future.”

This year’s 10 Breakthrough Technologies range in subject matter from AI to quantum computing to medicine and health care. They are:

Elizabeth Bramson-Boudreau, CEO and Publisher of MIT Technology Review, added: “People who care about technology love MIT Technology Review’s annual 10 Breakthrough Technologies list. Our journalists and editors spend the better part of a year considering which technologies will truly qualify as the year’s Breakthroughs. For 2020, in addition to a package of stories on our website and in our March/April print issue, we are excited to be reporting on these Breakthroughs in the debut episode of our new podcast, Deep Tech.”

Excerpts from the 10 Breakthrough Technologies report

The rise of digital currency has massive ramifications for financial privacy.

Last June Facebook unveiled a âglobal digital currencyâ called Libra. The idea triggered a backlash and Libra may never launch, at least not in the way it was originally envisioned. But itâs still made a difference: just days after Facebookâs announcement, an official from the Peopleâs Bank of China implied that it would speed the development of its own digital currency in response. Now China is poised to become the first major economy to issue a digital version of its money, which it intends as a replacement for physical cash.

The rise of digital moneyânot cryptocurrencies, but digital versions of national currencies like the Chinese renminbiâwill threaten people's ability to transact in private; it could challenge America's dominance over the global financial system...

Chinaâs leaders apparently see Libra, meant to be backed by a reserve that will be mostly US dollars, as a threat: it could reinforce Americaâs disproportionate power over the global financial system, which stems from the dollarâs role as the worldâs de facto reserve currency. Some suspect China intends to promote its digital renminbi internationally.

Anti-Aging Drugs
The first wave of a new class of anti-aging drugs have begun human testing. These drugs wonât let you live longer (yet) but aim to treat specific ailments by slowing or reversing a fundamental process of aging.

The drugs are called senolyticsâthey work by removing certain cells that accumulate as we age. Known as âsenescentâ cells, they can create low-level inflammation that suppresses normal mechanisms of cellular repair and creates a toxic environment for neighboring cells.

In June, San Franciscoâbased Unity Biotechnology reported initial results in patients with mild to severe osteoarthritis of the knee. Results from a larger clinical trial are expected in the second half of 2020. The company is also developing similar drugs to treat age-related diseases of the eyes and lungs, among other conditions.

Senolytics are now in human tests, along with a number of other promising approaches targeting the biological processes that lie at the root of aging and various diseases.

For more information on this year’s 10 Breakthrough Technologies, visit the MIT Technology Review website and click here to listen to the first episode of Deep Tech. The March/April issue of MIT Technology Review, which includes the list, hits newsstands on March 3. The contents of the issue are online as of today.