Lessons from fintech applied to insuretech 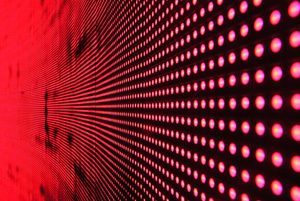 Mr. Chen is , President and COO of Verikai, a reinsurance data & mining company. He as spent 20 years in fintech and insurance managing sales, operations, product, and partnership teams. Chris was an executive at Yodlee, a data company, which was sold in 2016. Chris also ran partnerships at WePay, an online payments provider which was sold to Chase. He received a BA from the University of Michigan and an MBA from Stanford University.

Iâve seen this story before. Having worked in fintech since 2005, I witnessed the fintech wave forming, cresting, and eventually crashing into the financial ecosystem. If there is a fraternal twin to banking, itâs the insurance industry. Both industries are built on managing risk, capital, compliance, and distribution. Not everything in fintech will apply to insuretech, but thereâs a lot we can learn by assessing the impact of fintech on the banking system.

Itâs important to recognize these patterns, because weâre vulnerable as humans to conjecture, especially when something is unfamiliar. We donât like to live in ambiguity for long periods of time, so we put things into boxes, even if we donât have all the data. This, of course, can lead to myopic thinking and short-term planning. The truth, however, is that the insuretech revolution will likely be more of an evolution–a slower more gradual shift and less of a big bang. The proof is the banking system. While it has clearly been impacted by fintech, the tsunami of change has been less violent than what some predicted at the height of the craze.

Technology Is An Arms Race

Technology can be transformative or disruptive, like the invention of the computer, the internet, the iPhone, and many other examples. But, often times, technology is iterative in the sense that one widget is replaced by a more efficient and lower cost widget. The impact is less disruptive and more evolutionary. Technology enables the masses by lowering the overall cost which is incredibly democratic and a much more subtle shift.

Efficiencies, however, are often short lived. Given enough time, the advantage typically shrinks and youâre on to the next shiny object. If you need an example, just take a look at small dollar lending in both the personal and commercial space within fintech. Putting the entire application process into a digital format and with instant funding was incredible, but this has become the industry standard now. Literally billions of dollars have been pumped into that space. In just a few short years, the software was commoditized.

Short of a truly defensible business model with unique IP or network effects, most companies will find themselves in an arms race. No single technology will be the holy grail. Instead, a companyâs ability to continually innovate at a fast pace will become the goal. A lot of variables dictate the success of how well an institution innovates, but I can only speak to my own experience in fintech, and now insuretech. Here are some common mistakes that I have seen in fintech and now within insuretech as a potential technology partner:

Over the course of a year, innovation teams probably meet hundreds of start-ups and the same is true of start-ups. At Verikai, we have had the most success with innovation teams that are well versed in the problems of the business. The challenge with start-ups is that we donât know what we donât know about your business. Itâs difficult enough to sell a young technology but almost impossible to sell something to a client that canât articulate its own problems well. To borrow a metaphor, it feels like some innovation teams are browsing instead of shopping, which are very different things from a sales perspective. Thatâs because there isnât always alignment or support from the decision makers. The other day, an innovation leader started off our meeting by articulating all the problems he was tasked with solving and how it would help the business if they were solved. He had me at hello.

Furthermore, even if you create alignment, itâs incredibly difficult to push an insurance carrier into simple tests. There are a ton of valid reasons for why on-boarding is slow, but you have to find a way to cut through these barriers. Even the banks eventually found ways to re-engineer their internal processes to accommodate start-ups. Whether its contracts, audits, compliance, certificationsâ¦etc., I would encourage carriers to find a way to âyesâ, rather than ânoâ.

Iâm oversimplifying, but half the battle is just accelerating your own discovery process. Obsession over the latest technology craze is understandable, but what teams should really be focused on is creating a structure, culture, and process that allows a company to adopt all of the relevant technologies in the coming years.

Sandboxes: Not Just For Kids

More data has been created this past year than all the previous years combined. Thatâs a lot of data and thereâs no way that any regulator can keep up with the proliferation of data and technology. While fair lending may not exist within insurance, the concept of disparate impact is shared. And, the concern for safety and soundness is as well. In banking, regulators began creating sandboxes and townhalls to encourage dialogue and learning. In addition, the fintechs began pushing regulators and Congress to change regulations to accommodate new business models. As the insuretech movement matures, Iâd expect to see a lot more interaction between regulators and insuretech companies. Even the regulatory side of the business will shift given enough time and itâs important that each carrier understands the shifting sands. Start-ups are more likely to lead the charge and push the envelope, but I think itâs important that they are not the only voice at the table. This is an incredibly important aspect of long-term planning that needs to be considered. It will become a weapon or a weakness if not cultivated appropriately.

Direct To Consumer Is Difficult

There are only so many people looking for financial products at any given time in the market and theyâre not always in the digital channel. Fintech lenders, over time, became incredibly adept at customer acquisition through digital marketing. But, even this market had an upper limit. When they ran out of market share in the digital channel, the obvious place to hunt for customers was through the banks themselves.

At first, fintech was the sworn enemy of banks and now they are often partners. Insuretech, like fintech, will find a pain point that big insurance companies cannot address efficiently. They will exploit it for what itâs worth, but will need to broaden their distribution over time through partnership. Certainly, there are a number of MGAâs who already write on behalf of their carrier partners, but I suspect an even deeper partnership is possible in many cases. While digital channels are incredibly appealing, brokers/agents are still relevant to many people. The point is that the digital market is a growing pool, but that thereâs still a much larger body of water to fish from. Donât be surprised if competition moves to cooperation over time.

As referenced earlier, fintechs were incredibly strong at finding niche markets that could be easily exploited under the noses of the banks. The same will hold true within insurance, but the demands of investors and capital will drive these insuretechs to go after an even greater share of the consumer wallet. All companies are fearful of the Amazonâs and Apples entering the financial services market and they could be fearsome competitors. However, itâs the fintechs like SOFI, Marcus, Chime, Varo, Robinhood, and countless others who are beginning to bundle multiple products to create modern, digital banks. The most expensive thing in fintech has been acquiring customers in high volumes. Naturally, these companies can justify higher costs if they can increase customer lifetime values through cross-selling. And, it creates a potential network effect for the winners. Whether itâs insuretechâs doing the same thing or possibly some giant fintech player coming into the insurance space, I suspect itâs a matter of time that someone will try to create the Amazon of the insurance space.

Itâs certainly going to take a while for all of these predictions to play out, but itâs important to have a long view on these matters. So far, Iâm not sensing any panic in the industry, but at the height of the mortgage crisis, no one paid too much attention to the Peer-to-peer lenders lurking in the background in 2008. Somewhere around 2015, the banks went into high alert. Itâs undeniable that a lot of things have happened in the years since the crisis. Depending on who you are and how you are positioned in the industry, the hindsight of fintech may be prescient for your company. â